Gabriella Gómez-Mont is the founder of Laboratorio Para la Ciudad, the experimental arm and creative think tank of the Mexico City government, reporting to the Mayor. The Lab is a place to reflect about all things city and to explore other social scripts and urban futures for the largest megalopolis in the western hemisphere, working across diverse areas, such as urban creativity, mobility, governance, civic tech, and public space. The Lab also searches to create links between civil society and government, insisting on the importance of political and public imagination in the execution of its experiments.

Besides her fascination with all things city, Gabriella is also a journalist, visual artist, a director of documentary films, as well as a creative advisor to several cities, universities, and companies. She has been awarded several international recognitions for her work in different fields, such as the first prize in both the Audi Urban Future Award and the Best Art Practice Award given by the Italian government, as well as the TED City 2.0 Prize, among others.

Gabriella is a TED speaker, TED Senior Fellow, an MIT Director's Fellow, an Institute for the Future Fellow, a World Cities Summit Young Leader, and part of the international advisory committee for the Mayor of Seoul on Social Innovation. She was recently named one of the 100 most creative people by Fast Company magazine.

The 2012 World Fellows include an executive with China Construction Bank; a British military officer who served in command and staff appointments in Afghanistan; an Algerian private equity entrepreneur; a former Argentine minister of economy; and a women’s empowerment activist in India. “We are thrilled once again to welcome an outstanding group of World Fellows to Yale,” said Dr. Michael Cappello, director of the program and professor of pediatrics at Yale School of Medicine. “The 2012 fellows were selected from a global pool representing thousands of innovative difference makers. We are proud to offer them this unique opportunity to develop their leadership skills while enriching the Yale community through active... 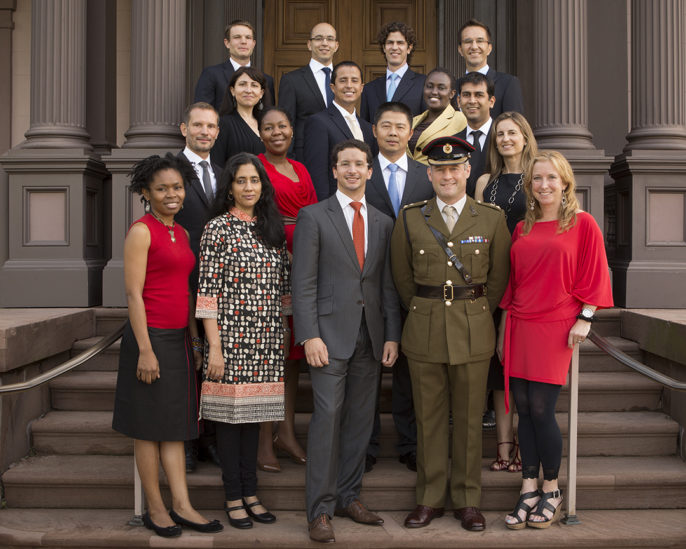 At the edge of fiction and reality: Gabriella Gomez-Mont at TEDxQuito

It was quite an adventure to open a creative office within a gargantuan public institution, which at first seems to be almost at odds with its bureaucratic nature. But perhaps when things seem most ill-suited for each other is when the interesting combinations happen.