The World Fellows Program inspired me to make a change in my career track, and successfully move from civil society to local politics. I acquired very valuable insights, learnt from the experience of colleagues, and returned from Yale with better tools and abilities to face a very different challenge and promote positive change in my community and country.
2007

Nicolas "Nico" Ducoté has dedicated the last 20 years to strengthening civil society and democratic institutions in Argentina. After participating in and leading several NGOs, he co-founded CIPPEC (the Center for the Implementation of Public Policies for Equity and Growth) in 2000 and turned it into Argentina’s premier independent public policy research organization and one of Latin America's top think tanks. His professional contributions have spearheaded national initiatives to improve access to education, healthcare, and justice. Working with the Ministry of Education, Nico helped pass landmark education reform laws in 2005-06 and facilitated state-level education reform in several districts.

He later became involved in politics, serving as Mayor of the Municipality of Pilar, his hometown, with a population of about 500,000 neighbors. As Mayor he reduced infant mortality by more than 30% in three years, he built over 150 km of new roads and sidewalks, and expanded education by opening a new school every 6 months and increasing opportunities for over 5000 children of all educational levels and engaging 2000 adults to return to the class to finish their school degrees.

Nico has also led a highly successful effort to make politicians and government officials more accountable for their actions, promoting political reform at the local level and establishing the country’s first Budget Watchdog and first and only fully public Congressional Directory.

The 2007 Yale World Fellows include a top television news broadcaster in China, the Chief Operating Officer of the BBC’s New Media unit, members of parliament from Singapore and Ukraine, and one of Southeast Asia’s most critically acclaimed playwrights. “I am very pleased to introduce this extraordinary group of men and women to the Yale community,” said University President Richard Levin. “The World Fellows Program attracts outstanding talent, and Yale will benefit greatly from the Fellows’ presence on campus.” “The 2007 Yale World Fellows not only have remarkable records of leadership,” said Yale World Fellows Program Director Daniel C. Esty, the Hillhouse Professor of Environmental Law and Policy at Yale,... 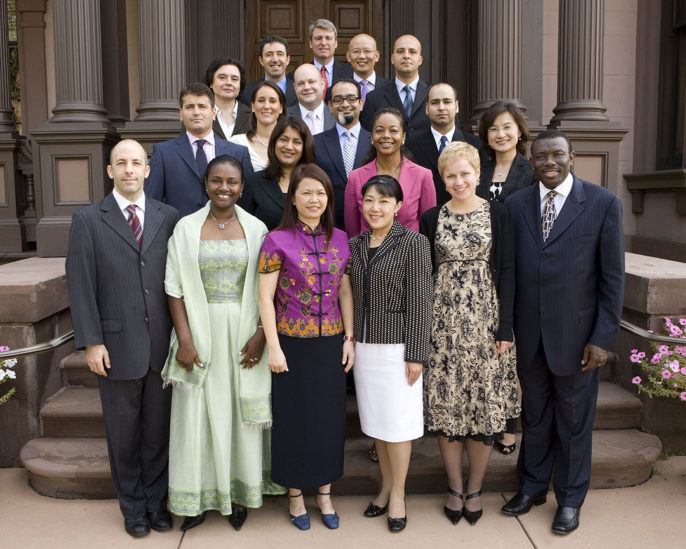 2007 World Fellows
Apply To Become A World Fellow
Learn More About The Program
Stay up to date: