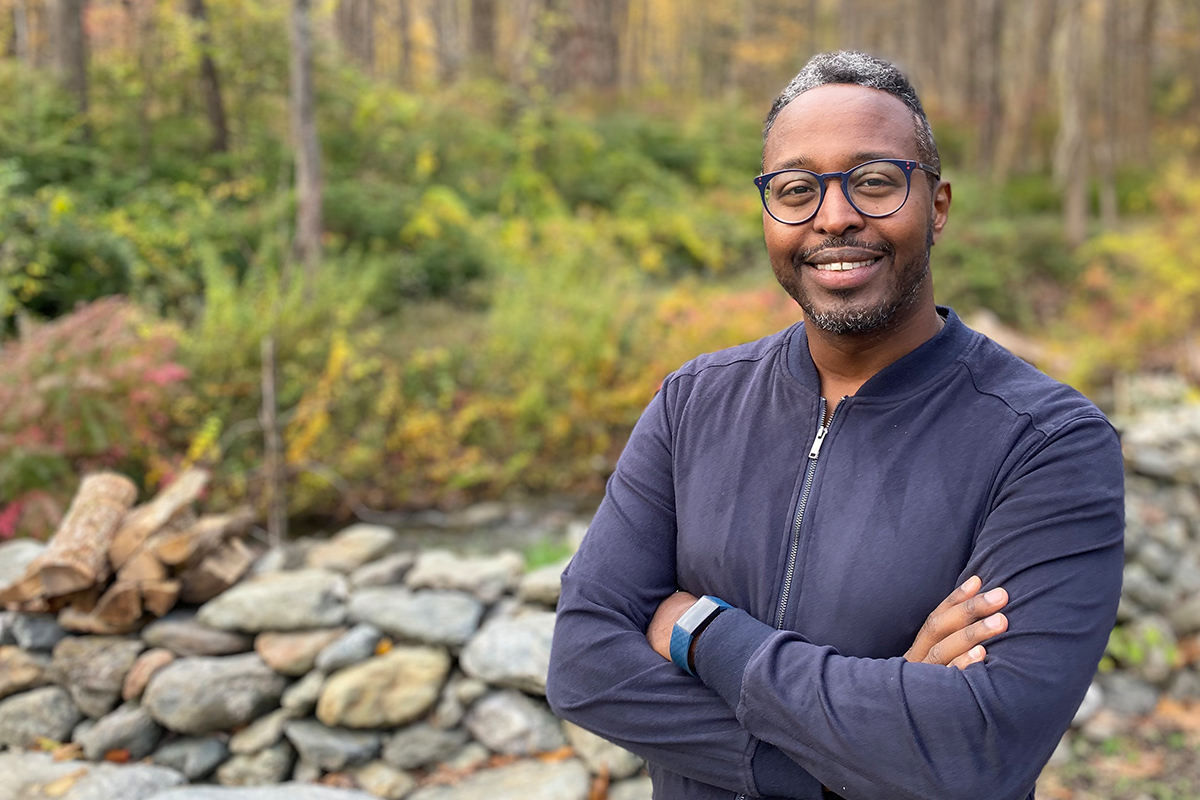 Prior to joining the World Fellows Program, you served as Head of Mission for the International Committee of the Red Cross (ICRC) in Aden, Yemen, home to one of the largest humanitarian crises in the world. Can you describe the challenges of managing a large-scale humanitarian operation under extremely volatile circumstances?

The ICRC has been working in Yemen since the late 1960s and has thus accompanied the people of Yemen throughout the various conflicts over the past decades. The population in Yemen has undergone a tremendous amount of hardship due to the different cycles of conflict in the country. Despite this, the Yemeni people are extremely generous with the little they have and are also very dignified and resilient.

I arrived in Aden in May 2020 right as the world was shutting down at the height of the first wave of Covid-19 pandemic. The mood across Aden was somber but because of the high mortality rates being reported in Yemen, we concluded that doing nothing was not an option. After a lot of negotiations—both within the ICRC and externally—the ICRC opened a Covid-19 Care Centre in Aden in September 2020. This facility is a partnership between the ICRC, the Norwegian Red Cross, the Finnish Red Cross, and the Yemeni Red Crescent, and has since supported thousands of Yemenis across the south of the country.

Additionally, as part of its mandate, the ICRC visits places of detention on a regular basis to try to ensure that detainees are treated in a dignified manner and that their basic living conditions are met. Soon after the opening of the Covid-19 centre in Aden, the ICRC was asked by the parties to the conflict in Yemen to be a neutral intermediary in the implementation of an exchange of prisoners they had agreed upon under the auspices of the United Nations. Thus, the ICRC played its role in the transfer of former detainees following the agreement between the parties, driven by its humanitarian mandate and expertise in the field of detention.

During this process, the ICRC visited more than 1,000 detainees held by the main parties to the conflict in Yemen and facilitated their repatriation and return to the families and loved ones. This was an amazing operation and a logistical achievement, which involved 11 flights across 5 cities between Djibouti, Saudi Arabia and Yemen.

Despite these incredible achievements, however, the challenges of operating in a highly volatile conflict environment with a contested governance became evident. The complex nature of the conflict has a debilitating impact on humanitarian actors and their ability to gain safe access to vulnerable populations living in hard-to-reach areas. Many humanitarian actors—including the ICRC—have been impacted negatively by the deteriorating security conditions in Yemen. Sadly, in December 2020, three ICRC colleagues lost their lives, and four others were injured while transiting through Aden airport during an unprecedented missile attack, which killed and injured many civilians. These types of incidents remind us of the dangerous nature of the work humanitarians do, but also the need for parties to the conflict to take every step necessary to minimize the impact of the conflict on the civilian population and those trying to assist them in alleviating their suffering.

You have held various positions within ICRC over your career. What inspired you to pursue this career path?

I have always been fascinated by humanitarian work, and there are a few reasons why that is. I was a refugee at a young age, when the conflict broke out in Somalia. I lived in a refugee camp in Eastern Ethiopia for close to a year. So, I have a pretty good sense of the hardships many individuals affected by conflicts and violence go through: to not know where your next meal will come from, to lack proper medical care, or to be separated from your family.

Secondly, I am quite fortunate to have a family whose members have been either public servants or humanitarians. Growing up, I was always interested in serving communities that were less privileged and fortunate than me. And, truth be told, I really do not know what else I would be doing if I was not helping vulnerable communities.

What inspired you to apply to the World Fellows Program and what advice would you give to future applicants?

Actually, I came across the World Fellows Program by accident. During the tail end of my mission in Baghdad, I read a book called The Unraveling: High Hopes and Missed Opportunities in Iraq, which covers the U.S. invasion of Iraq in 2003 and the consequences of some of the choices that had been made by the Coalition Provisional Authority. This book, as it turns out, was written by Emma Sky, Director of the WF Program at Yale.

I joined the Program as a chance to take a step back from the high intensity work that I have been doing over the past 15 years across three continents. The Program has given me the opportunity to reflect and strategize on my next career moves. Additionally, it is a blessing to have such an incredible level of support from the Jackson team and to learn from the leadership journey of my cohort.