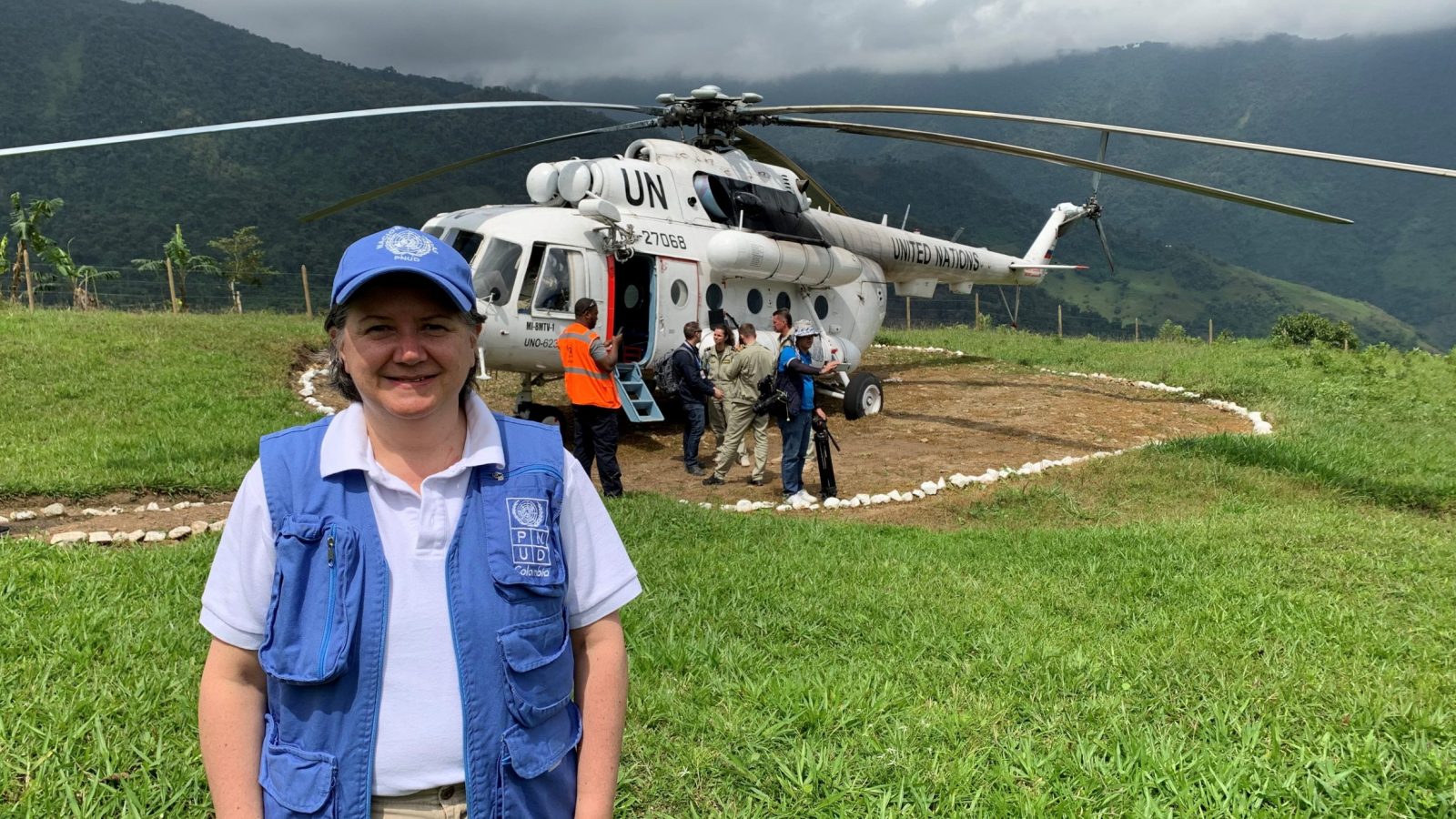 The United Nations in Colombia has one of the largest footprints in the world, with 24 UN Agencies and a Political Mission with over 3300 staff members, implementing a US$ 480 Million a year program. As leader of the UN in Colombia, I negotiated a cooperation agreement with the Government by which the UN will focus its efforts and resources on three strategic priorities: the implementation of the Colombia-FARC-EP peace accord, the humanitarian response required for the 1.8 million migrants and refugees from Venezuela, and the technical assistance for meeting the UN’s Sustainable Development Goals (SDGs), which includes fighting climate change and promoting gender equality.

With the Covid-19 crisis, my function turned to leading the response to the humanitarian, health, and socio-economic impact of the pandemic on the most vulnerable people. We continued to focus on the three agreed priorities, but we also redirected efforts and resources towards helping the government face the Covid-19 challenges.

My job in Colombia has been challenging to say the least! But it has also been a huge opportunity to make a difference for people working in the nexus of humanitarian action, peace building, and sustainable development.

You have held various positions within the United Nations over the years. What inspired you to pursue this career path?

I always wanted to work in an international setting, but I wasn’t sure exactly what kind of jobs were out there. I decided to go for a second Master´s degree in International Development at Columbia University, and while in New York, I often walked by the UN Building, wondering how does one get to work there? So, I started looking for opportunities and applied to go as UN Volunteer to Guyana, not really knowing much about that country. In the 90s, Guyana was one the poorest countries in the world. When I got there, the living conditions were very difficult—there was no drinking water and only a few hours of electricity during the day. That job forged my interest and conviction in working in development and for the United Nations, specifically with UNDP. I saw first-hand the positive impact in the life of people that the UN could have in poor countries like Guyana, and I knew that this was the career path I wanted to follow. Now, Guyana is a middle-income country and recently became an oil-producing nation. The UN has been through thick and thin, and I can now say that our work has contributed in no small part to the development of Guyana, and so many other countries in the world.

Since then, I have served in eight other countries in Latin-America and the Caribbean, and three times at Headquarters, including as Assistant Secretary-General and Regional Director. I am proud to say that, as a UN official, I have dedicated my professional life to changing the life of millions of people. And it all started by going to a remote country of which very few people, including myself, were familiar.

How has the role of diplomacy in solving global issues changed since you first entered the United Nations? What kind of role will the UN play in the future?

The humanitarian and peace-keeping challenges for the UN have increased significantly since I started my career 30 years ago. The development challenges have also become more multifaceted. For instance, in 1991, UNDP launched the Human Development Index (HDI), intended to measure development beyond GNP alone and added education and health as two other indicators. Since it was first published, the HDI for the world had increased every year. However, last year for the first time, the HDI dropped significantly indicating the enormous socio-economic impact of the Covid-19 pandemic in world development. In addition, the urgency of fighting climate change and its catastrophic consequences on the most vulnerable people, as well as the promotion of women equality, are two priorities which have gained traction in the work of the UN.

I believe it is vital for the UN to remain a leading voice in advocating for a more sustainable and inclusive development and recovery after the Covid-19 impact, and especially focusing on the concept of not leaving anyone behind. At the same time, in the peace and human rights agenda the UN must continue to work with its member states for the strengthening of multilateralism to resolve the world´s conflicts.

You were a World Fellow in 2006. How did your time at Yale influence your life and your career?

My time as a World Fellow was a very important experience in my life. I went to Yale after having worked in the Executive Office of Secretary-General Kofi Annan, during a very intense and difficult time for the UN. It was the time of the Tsunami in Asia, the Iraq war, and the bomb in the UN Mission in Baghdad that killed many of our colleagues. During my Fellowship, I had the time to write and reflect about the enormous privilege that was working on the front lines of the global issues of the time. I was also able to share my experience with and learn from exceptionally talented and successful Fellows who were themselves facing several challenges in their own countries, from renowned Faculty members who were studying and researching about them, and debate the issues from different perspectives.

But overall, the time that I enjoyed the most, was sharing and having stimulating conversations with brilliant students at Yale who were interested in world affairs and the role of the UN. Since then, I have been back to Yale often and have every time been inspired to come back again. The World Fellows Program keeps getting better!